Chance Encounter ~ The Worth of a Day 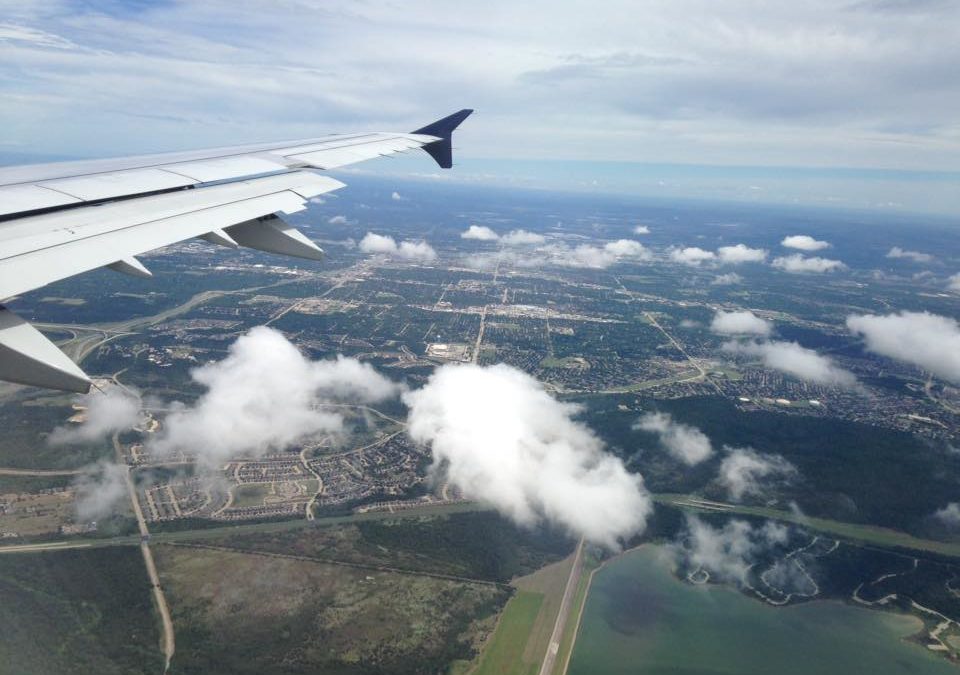 How do you measure the worth of a day when things don’t go as planned?

Mine started off with a missed, then rescheduled and then delayed flight that caused another missed connection. And that caused an unplanned overnight stay at the halfway mark of my trip.  It cost me a day of vacation.  Sucks, right? But there was an encounter on the airplane that wouldn’t have happened otherwise.

I noticed the book the young man was reading in the airport.  The word “Prayer” in the title caught my eye, but I didn’t get up to ask about it because I was ticked about my situation. He’d probably think I was some kind of weirdo anyway. However, he ended up being my row mate on the plane, and when he pulled the book out after takeoff, we started a conversation.

Vincent had wanted to play in the NFL but didn’t make the cut.  He and his wife always wanted a family, but following a season of infertility and the miscarriage of their first child they thought maybe God had other plans for their lives.

We talked about my job as a funeral director and how working with parents who had lost a child was the hardest part of what I did.

Vincent said that they returned to their faith with fresh eyes and spent much time in prayer asking God where their journey was taking them.

Vincent went back to school, got his credential and was offered a job as a teacher. Later, he helped with afternoon sports, and he became known as Coach to many of the students.  But they still wanted a family.  That’s when Vincent told me that he and his wife are expecting again.  In fact, she was due any time and they were both nervous that he had to take this trip.

When the plane finally touched down, Vincent called his wife.  He pointed the phone toward me so that I could see his beautiful bride, and I told them that I would be praying for them as they began their new adventure as parents.

I wasn’t upset about the delays anymore.  God had a “chance encounter” for me that wouldn’t have happened any other way.