Chance Encounter – I Think I Know You 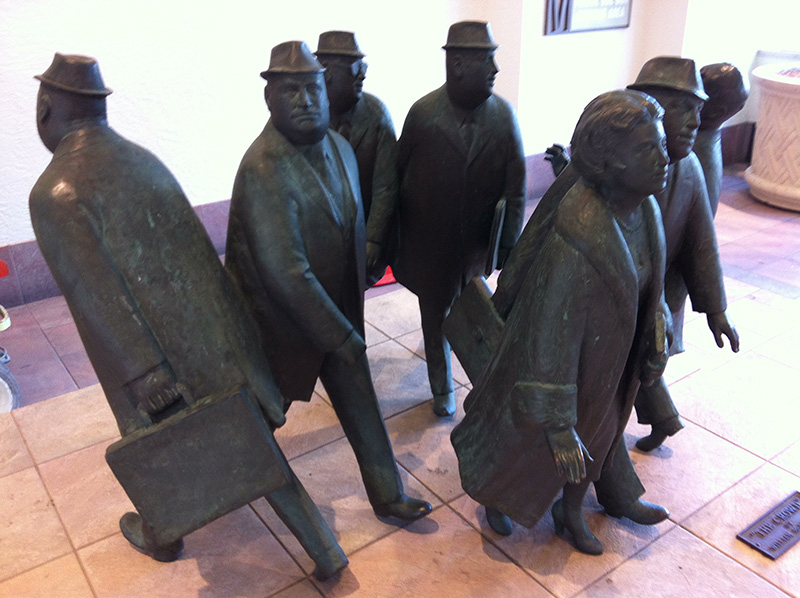 After we passed through Phoenix’s airport security, my husband and I settled in to wait for the boarding call, just thankful to find two seats together. I scanned the crowd of travelers. There were tired parents with cranky children and businessmen whose suits were wrinkled from too much sitting in cramped quarters.  There were newlyweds; obvious because they couldn’t keep their eyes, or their hands off each other.  There were world travelers whose languages I could not decipher but found delightful to listen to.

My eyes stopped on a lady sitting alone, lost in her own waiting.  Maybe she felt my eyes on her, because she looked up and we each held the gaze for a moment.  There was something familiar about her, but I couldn’t place it.  The slight furrow of her brow led me to believe she had the same sense.  Over the next ten minutes, the look and look away continued.  When the seat next to her became available, and I couldn’t stand it any longer, I walked over and sat down.

“I can’t get over the feeling that I know you.”

“I’ve been trying to figure it out too.”

I stretched out my hand.  “My name is Sandy Moffett.”

Miss Reed had been a teacher at the elementary school that my children attended and we lived around the corner from her for a few years.

Had I not acknowledged that nagging feeling, I would have missed rekindling that friendship. Lesson?  Listen to your heart.